Bondi homes by a local architect: why I’m proud of my work in the Bondi area 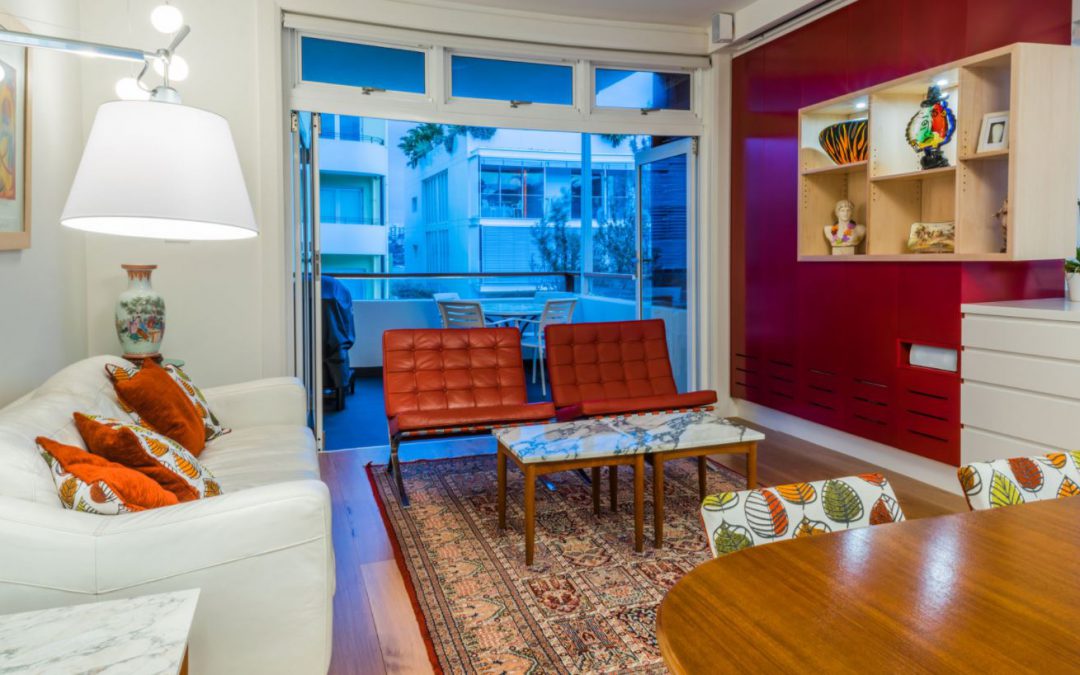 I am not breaking any news when I say that Bondi is a beautiful place.

The area is most famous for its iconic Bondi Beach, and everything that surrounds it – from lovely cafes to farmers markets and street stalls. It is one of those places that truly comes alive in the sunshine.

I have designed a number of properties in and around Bondi over the years. I thought I would take a moment to reflect on some of them. 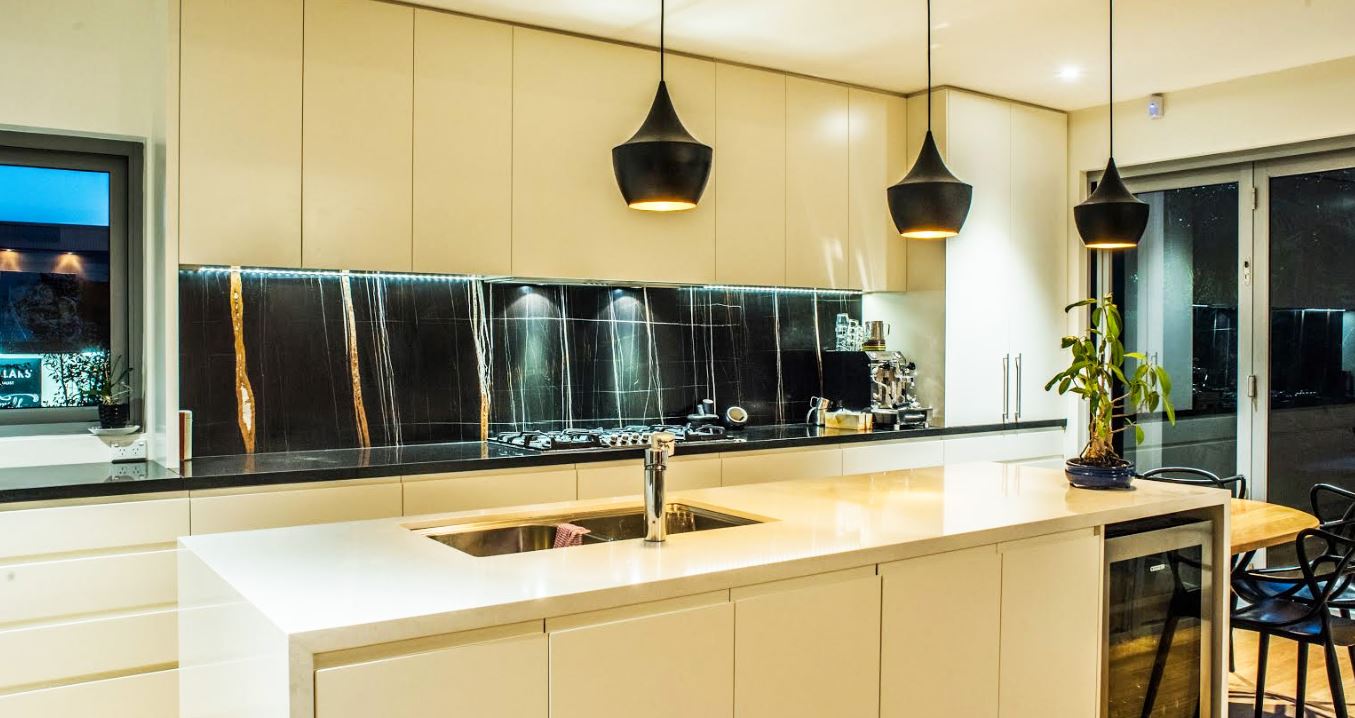 The original layout of this house was problematic, so the clients asked me to redevelop it. In the main bedroom I introduced vertical timber batons on the outside facade, which helped to create privacy.

I transformed the stairs into an essential part of the house. This space allowed for easy circulation and also captures light from the upper level, which flows down to the ground. 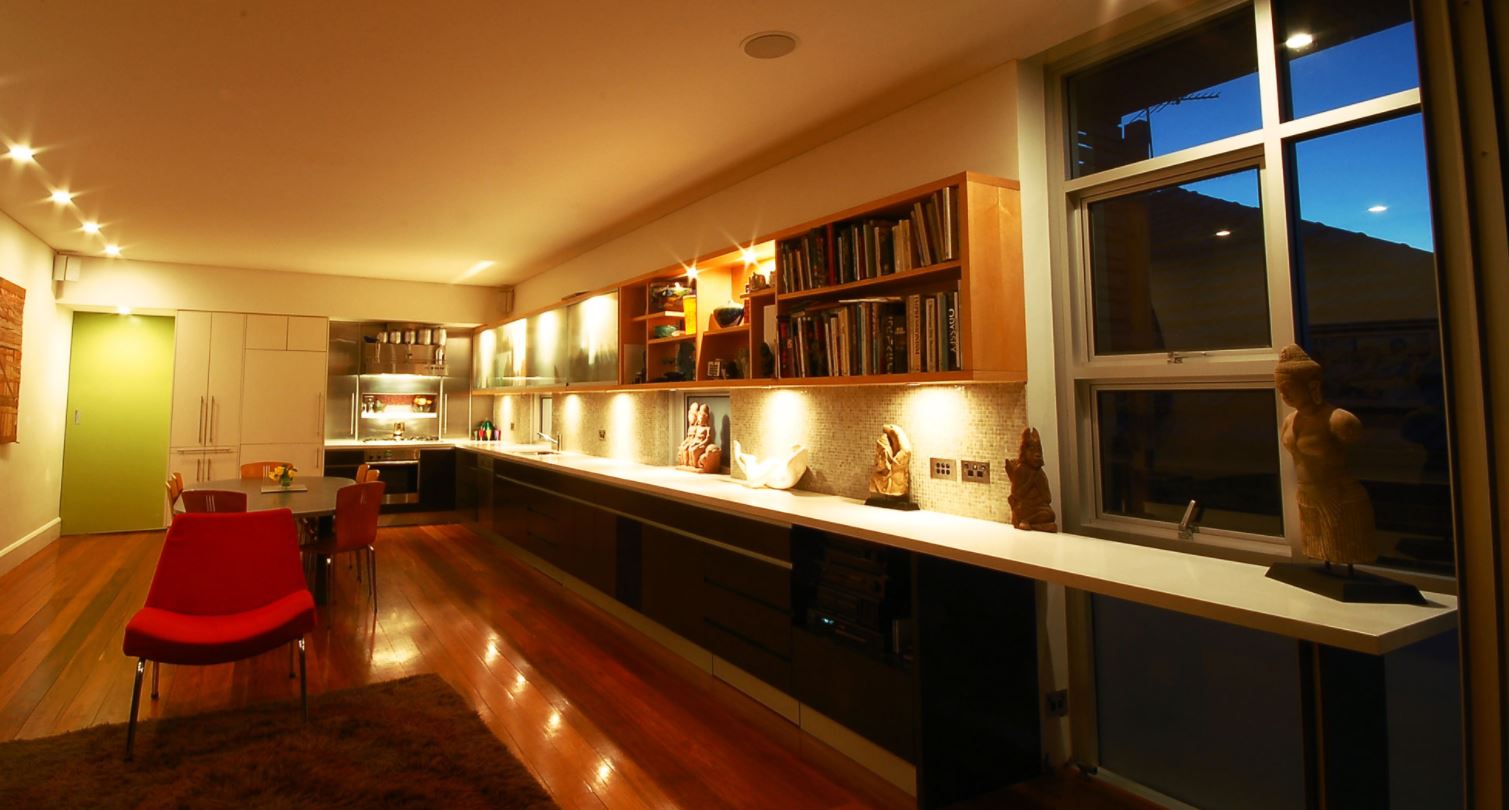 This one was a very special project. I’ll give you a hint why: the client and the architect were the same person!

This is my house, and renovating it has been a long-running labour of love. On the lower level, the walls were removed and the back area extended, allowing for a living space with greater room for entertaining.

I combined the kitchen, living and dining areas and created a long, sweeping room with a floor-to-ceiling view that looks out onto the garden. 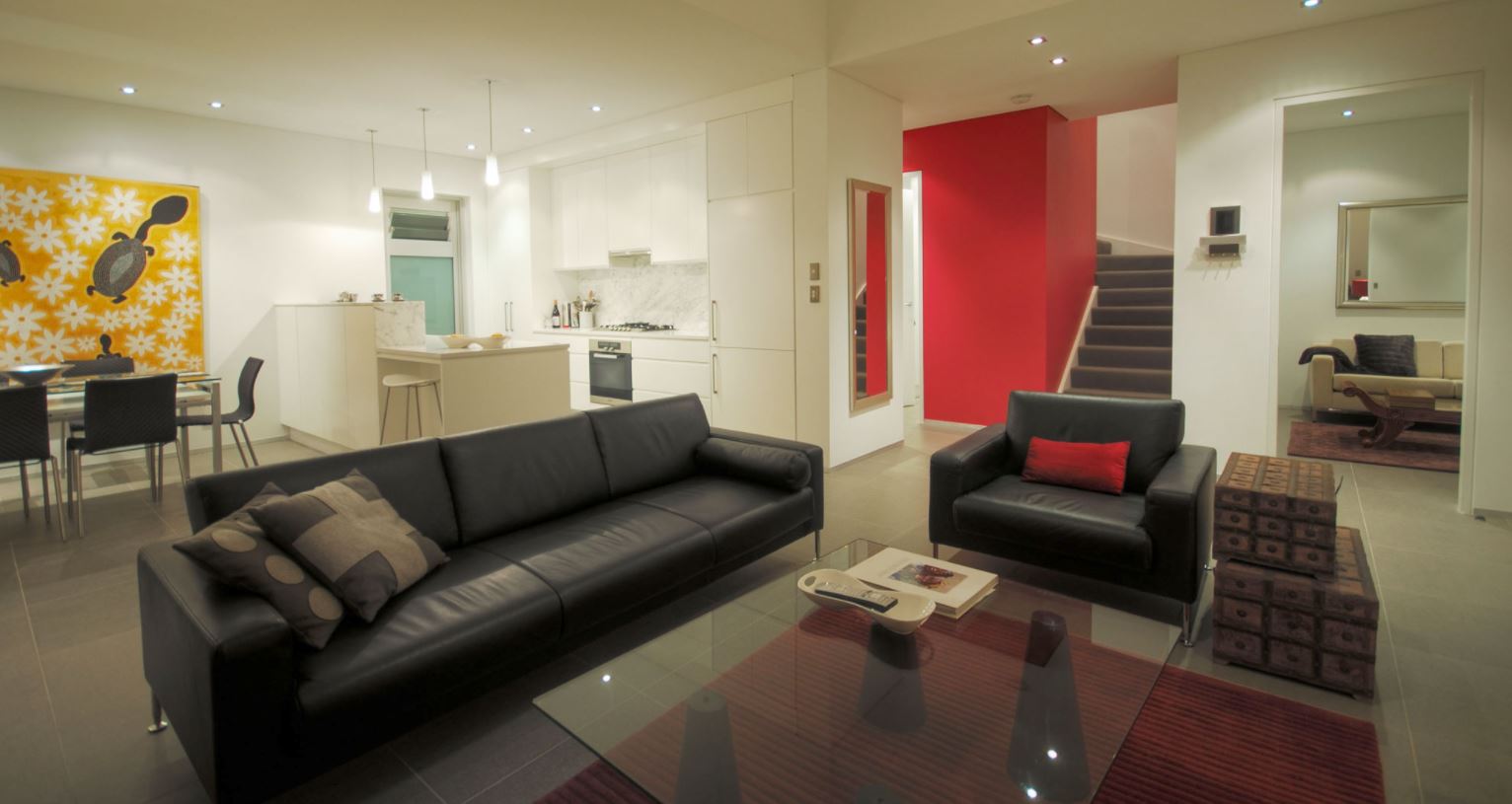 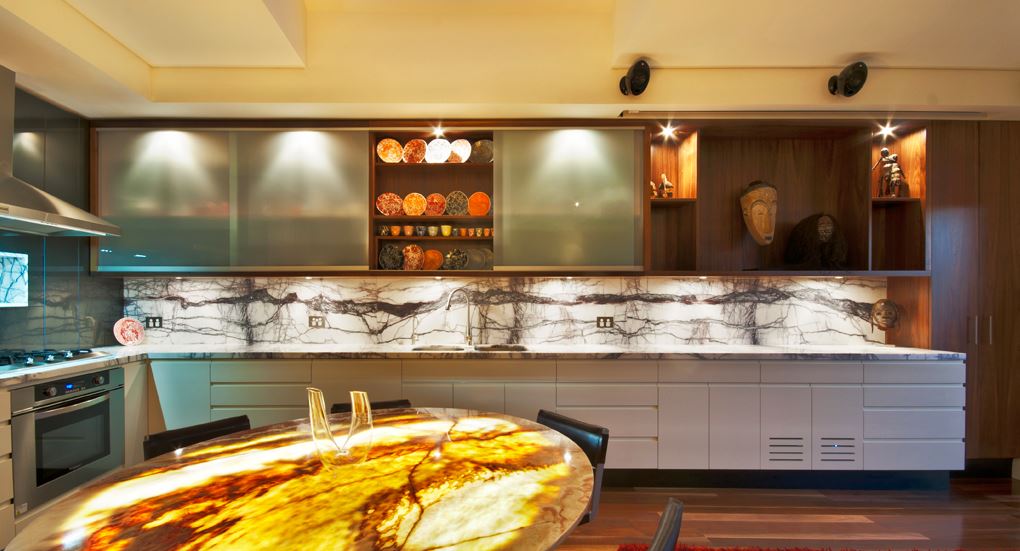 All internal spaces were reorganised, the bedrooms moved to the front and the kitchen converted into a bedroom/study.

The kitchen was reworked to have one long bench that modulated into the dining and living area, providing the illusion that the area is bigger than it actually is.

A beautiful dining room table, which lights up with striking LED lights, was designed in collaboration with joiner David Reddy. 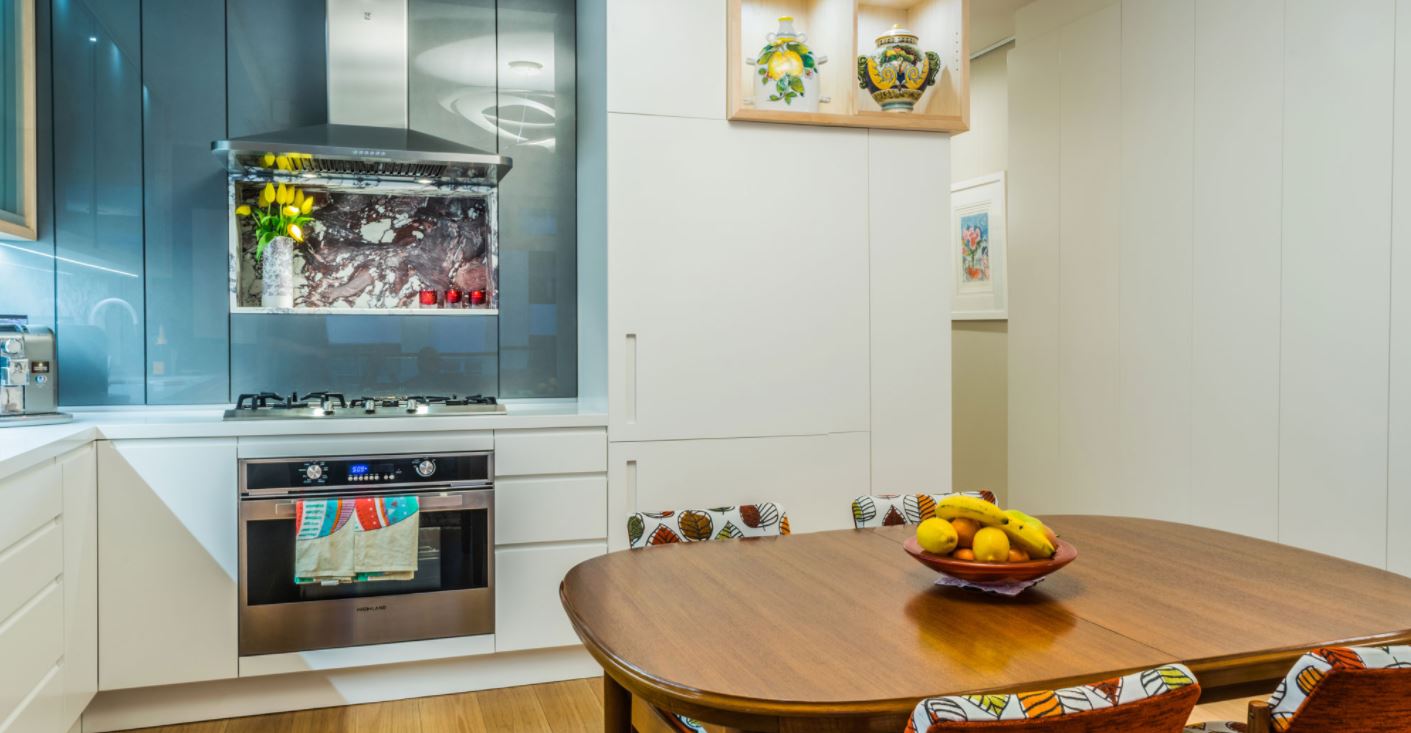 Every so often I encounter properties that have been previously renovated in bizarre ways. This was one of them. There was the inefficent use of space and a bedroom that contained multiple levels.

To maximise living and storage space, I removed an unnecessary bracing wall and modulated the kitchen area, so it became part of the living area.

Consistent with this philosophy of maximising space, I introduced a pantry unit on the party wall, which hid a steel column. This provided much-needed storage for the owners, who had downsized from a family house. 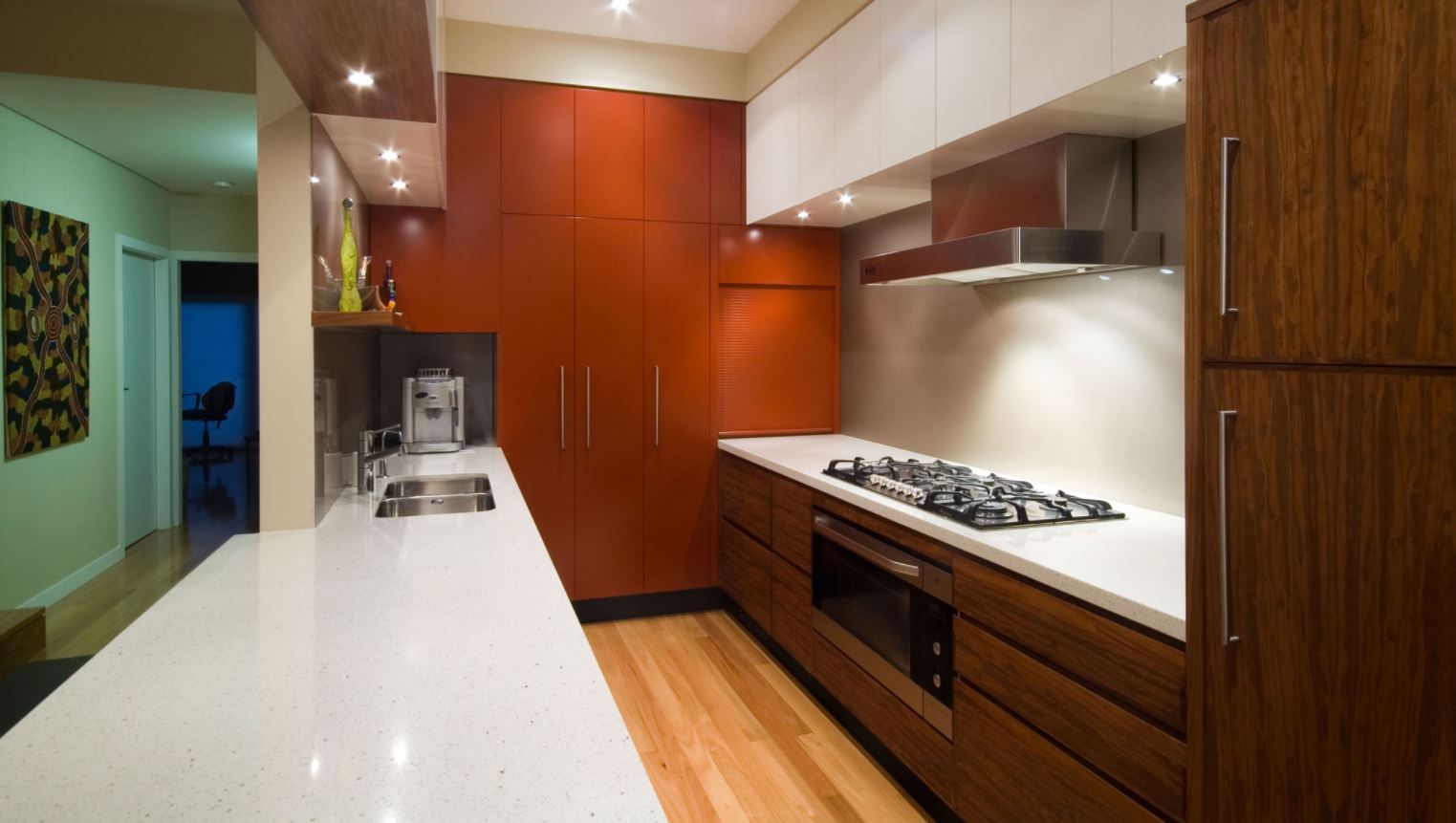 The courtyard at the back of the house was small. Therefore additions to the upper level were located near the front, so they did not overbear the background.

Two bedrooms and an en-suite were renovated on the upper level. Highlight windows were created facing the north, with louvres for ventilation. 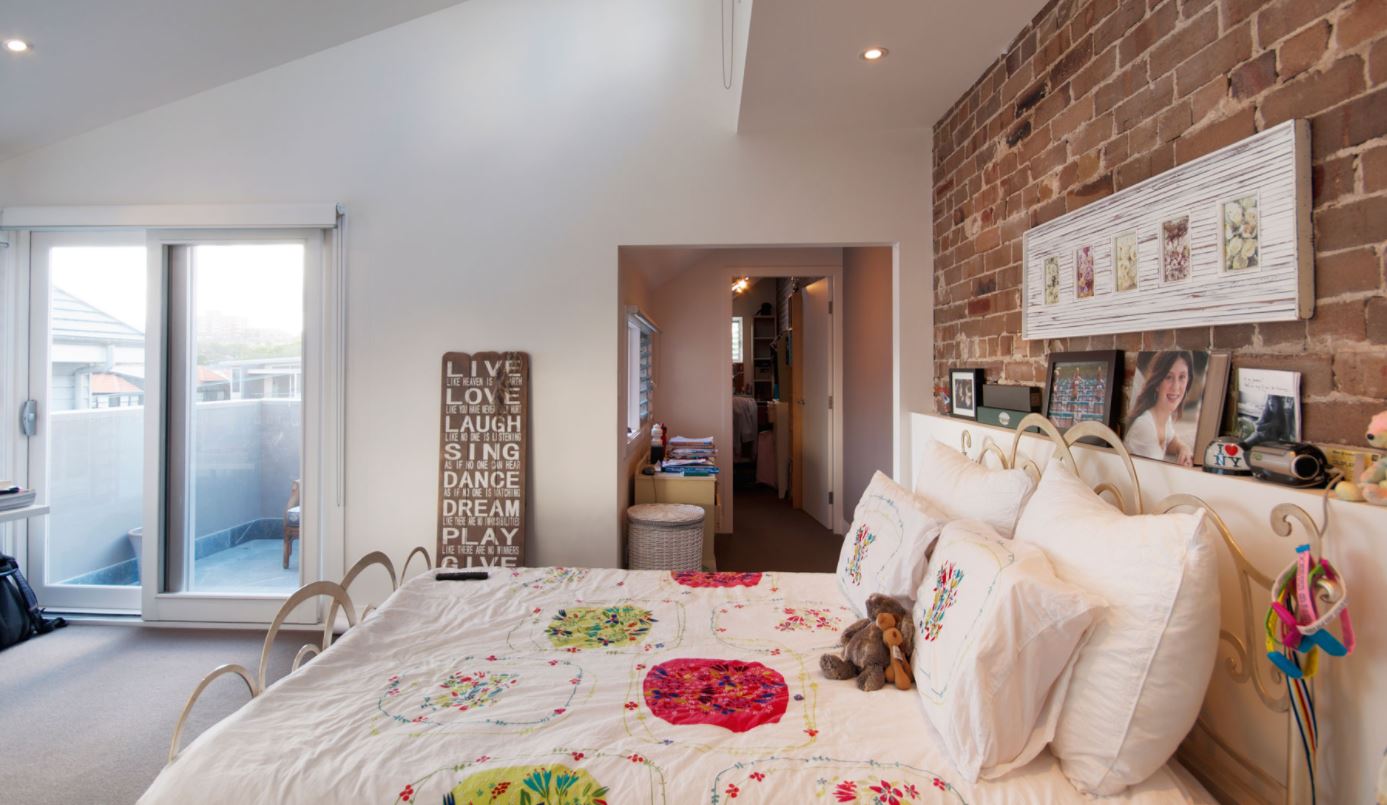 The long side of the semi was oriented to the south, so a skillion roof was created setting it back 900mm from the party boundary. This allowed for a bank of highlight windows and louvres to the north, maximising light and ventilation.

In the central kitchen dining area, a large storage space was created that broke up the gun barrel hallways. A loft area was added to the main bedroom for one of the clients to meditate in.