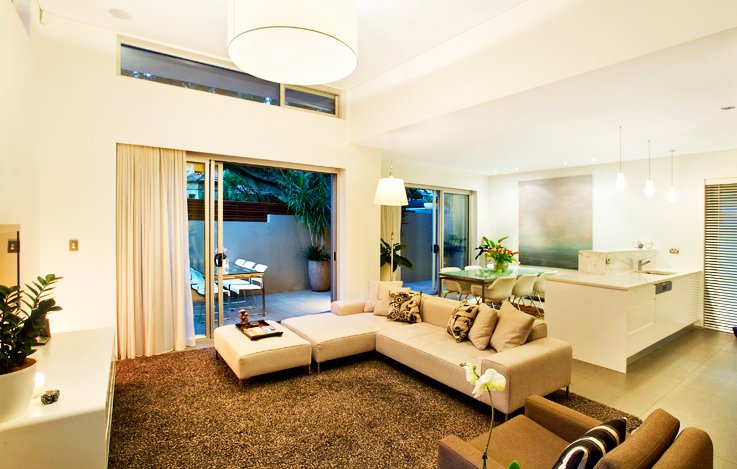 After one of my clients had spent a while living in a pokey two-bedroom cottage in Bondi Junction, she wished for a better home. Particularly, she wished for one with more light and a greater relationship to the outside.

In her own words: “I used to sit in the old living room here and feel quite claustrophobic. I wanted to see the trees and the sky.”

The client and her partner had been drawn to buy the property largely because of its convenience and location.

They told me it had previously been used as a doctor’s surgery and a backpacker hostel. Also that somebody had given it a bizarre Spanish mission-style renovation in the 1970s.

When I came on board it was a single-storey building consisting of two blended semis, wedged into a tight square block with no garden. It had very small doors and windows and did nothing to capture the northern light.

I redesigned the house so the living rooms were orientated to the north. The living room ceiling was raised higher than the kitchen/dining ceiling to allow for highlight windows for cross-ventilation and to capture the north light.

Marble finishes and a red feature wall added warmth and a timeless theme. I brought a sense of seclusion, adding frosted windows in the master bedroom and highlights in the living room.

Now, sitting and reading in those rooms feels like being in a little haven. Outside you can see 90-year-old fig trees and a blue sky. This house is a wonderful place to live in and the clients love it. 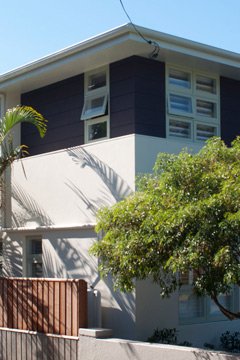 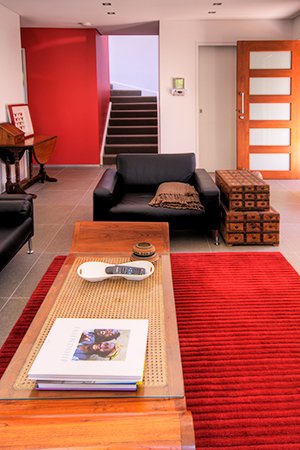 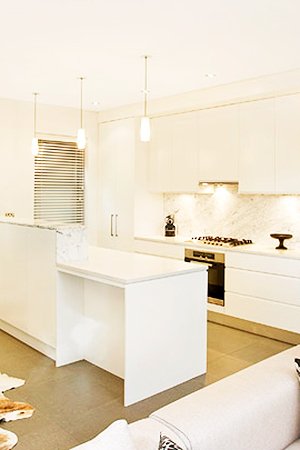