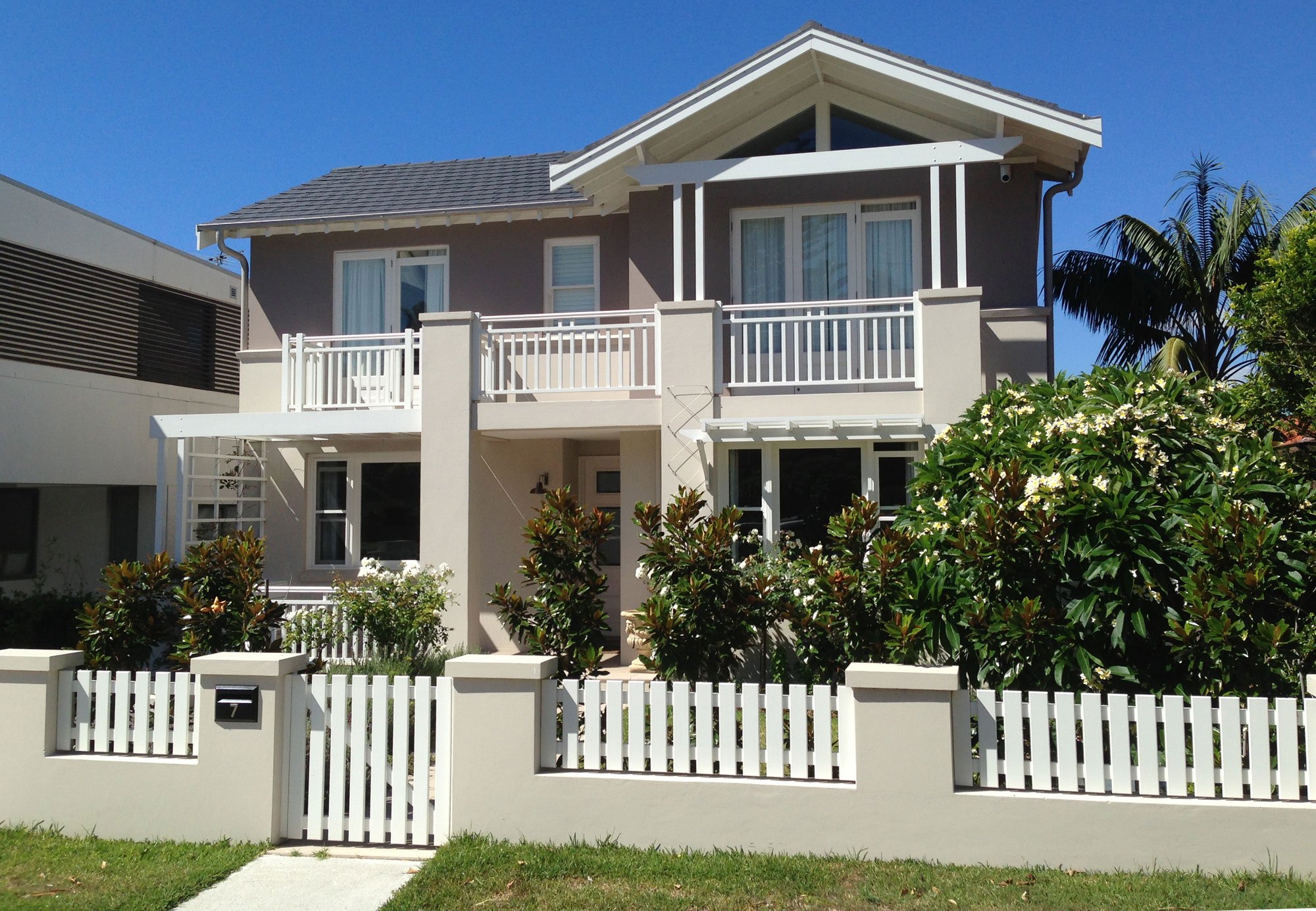 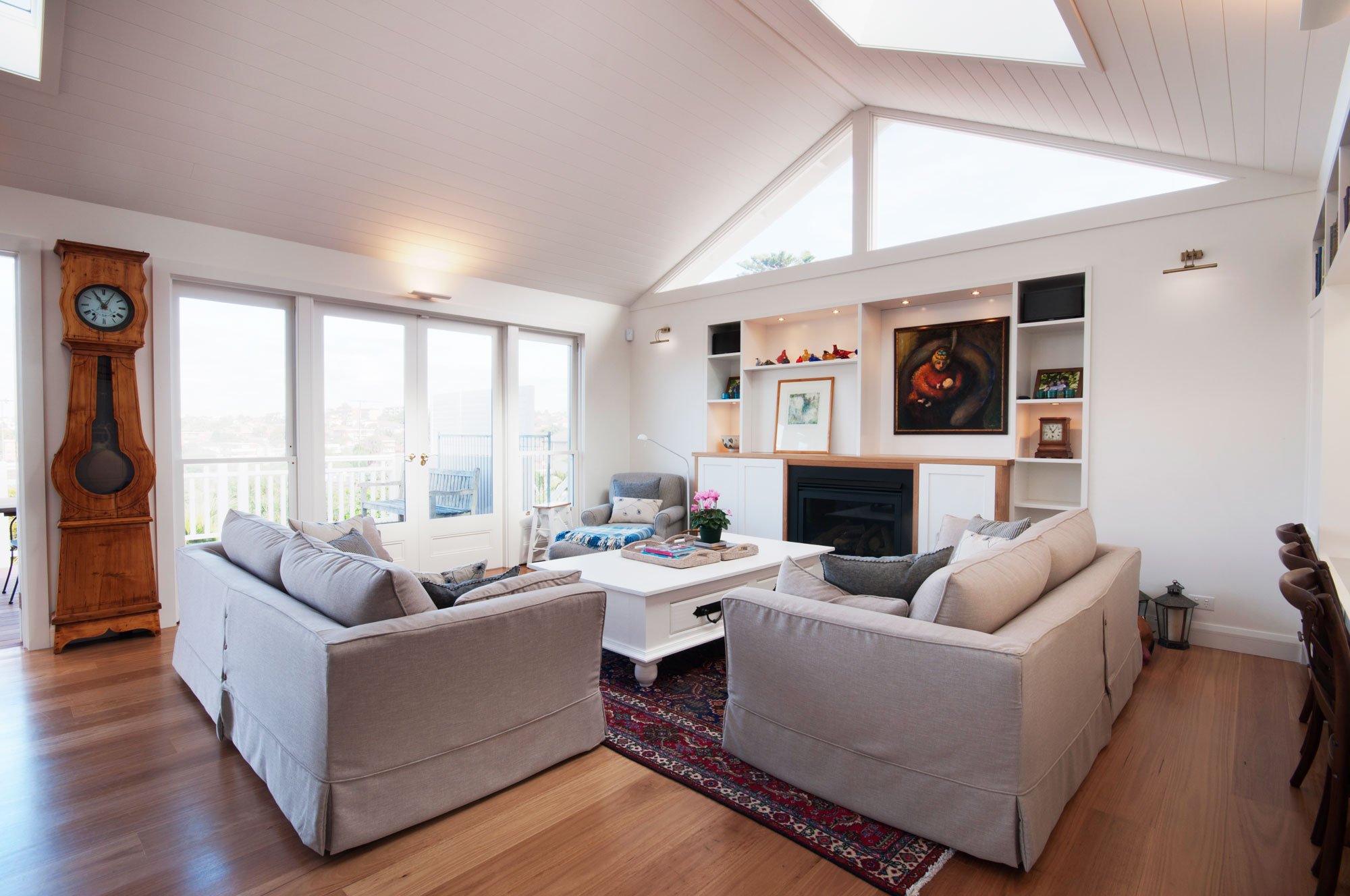 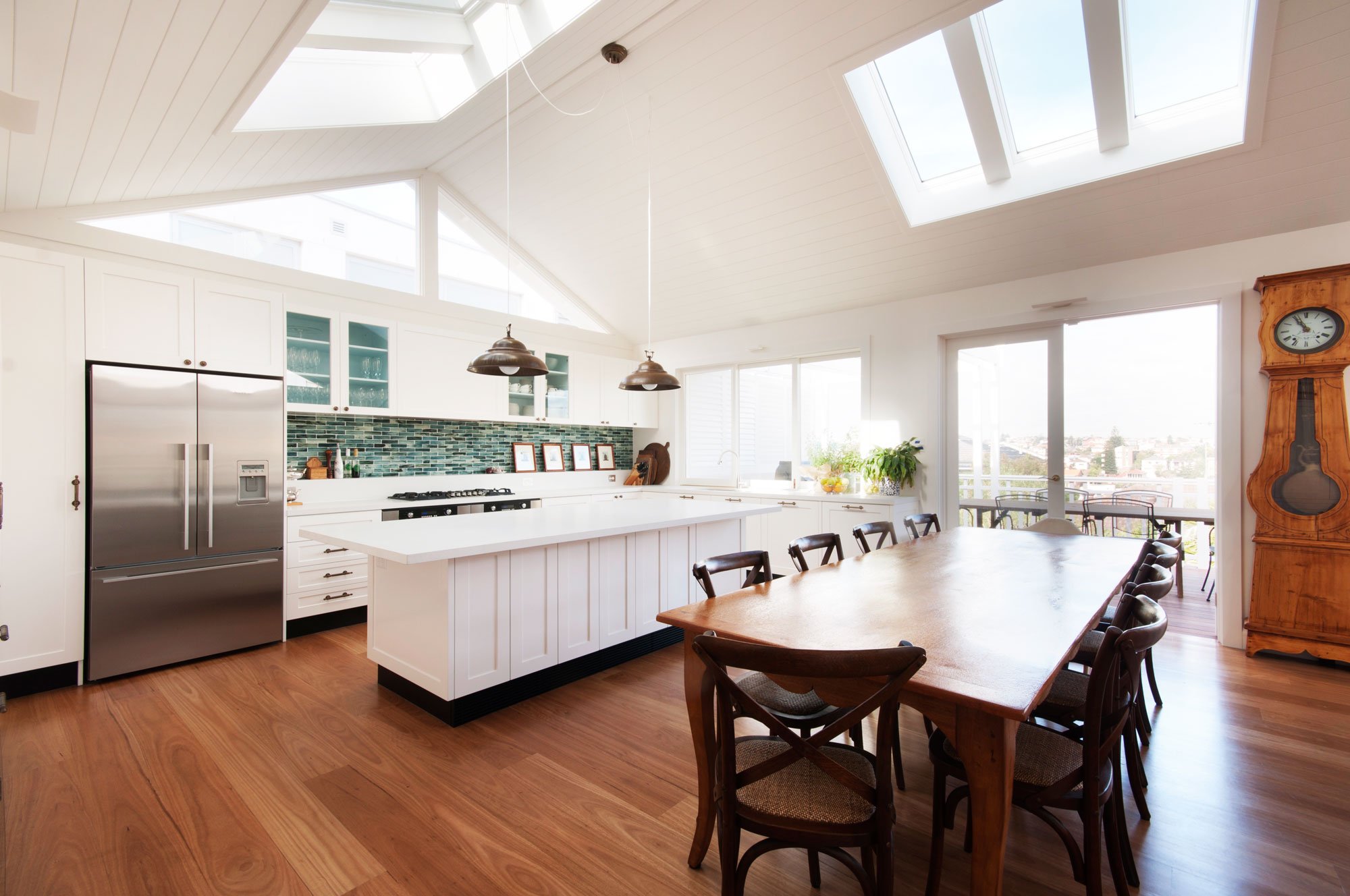 These clients were slightly more traditional in their architectural tastes. The brief was to make a family home that was as bright as possible.

A two-story gable was created at the front and another at the back.

By separating the two, skylights could be implemented facing the north so the structure receives lots of light. The living, dining and kitchen areas exist in a bright space.

The stairs became the connecting point between the two pavilions. An operable motorised skylight captures light flooding down the stairs. It also acts like a chimney, allowing good ventilation throughout the house.